There exist many protocols through which the internet functions and each layer of the TCP/IP archetecture has its own protocols, each serving its own specific function

The majority of the protocols that we know are on the application layer, the one that is closer to the user and works with the ways the client software interprets them
As the TCP/IP architecure is somewhat different from the OSI model and has less layers, application layer in TCP/IP corresponding to application-presentation-session layers in OSI

To begin with HTTP(S), the protocol known to all, which is used for transfer of hypertext documents.
For that purpose it does not need much complexity in itself
The client sends requests and the server responds 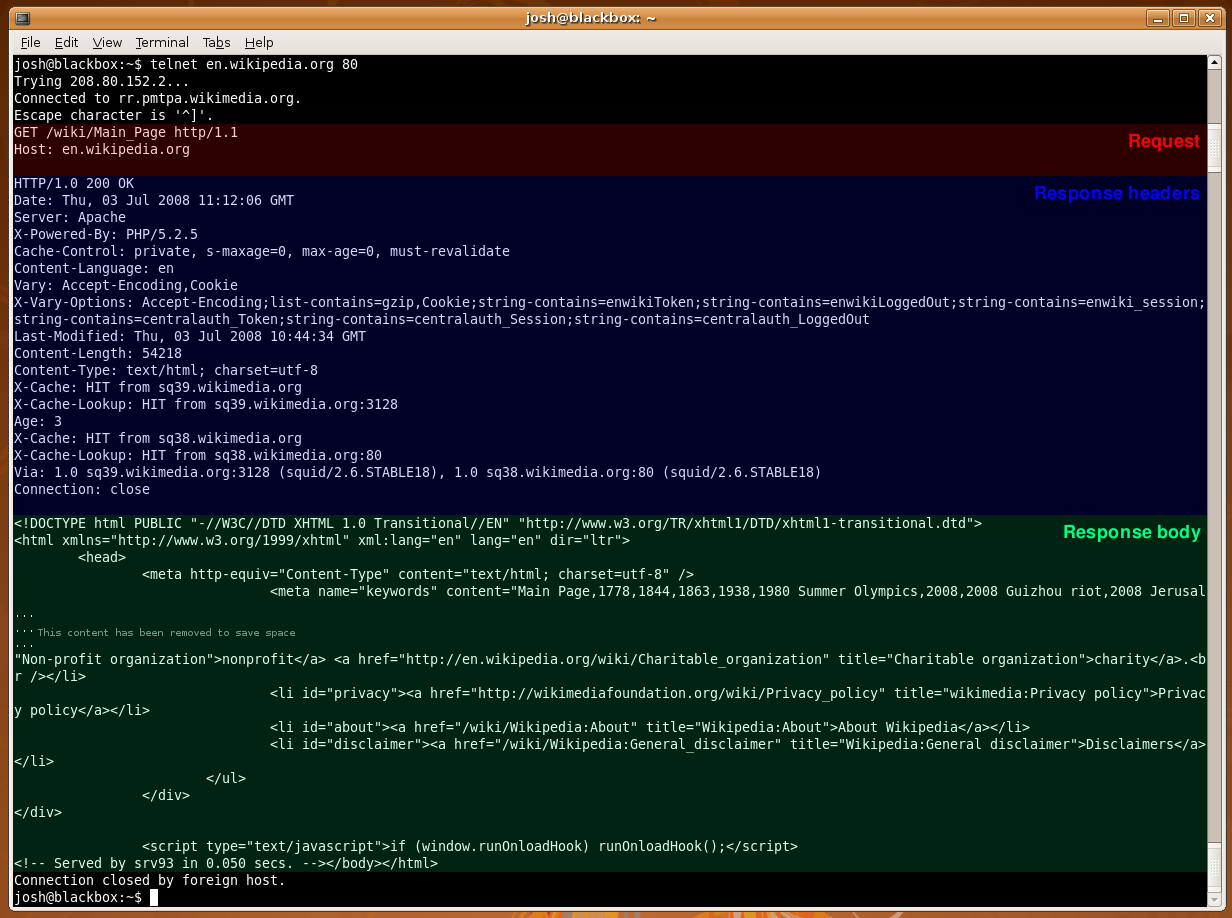 HTTPS is HTTP with added encryption.
A website is protected with an SSL certificate, which contains a public and a private key
The public key can only encrypt and the private can only decrypt and it's impossible to get one key from another
The server sends to the client the public key, which it then uses to encrypt the request and send it back to the server, which decrypts it with the private

Gopher was used as a predecessor HTTP in the early 90s
Unlike HTTP it uses a stricter file structure, so it can only serve images and documents one at a time and it's unsupported by most modern browsers
But despite that, some enthusiasts still use it like ham radio
You can read more about it here and through proxy.vulpes.one you can access gopherspace sites through your usual browser

bittorent is a decentralized P2P protocol for transfer of large files. The P2P nature of it comes as an advantage as it allows to avoid reliance on one specific server and avoid problems relating to a singular server's bandwidth or availability
Despite many people associating it with piracy, it is used not only in that. Many legal streaming services, video game updates and even researchers when they need to transfer a large dataset use it too.

Query protocol for obtaining data about an IP address/domain naime

The two main protocols in the transport layer are TCP and UDP
TCP is focused on the integrity of the information, double-checking with the server if a packet arrived completely intact and re-requests it if needed
UDP, on the contrary, focuses on speed and does not check the packets. It is used when speed is more important than quality, such as VOIP, gaming or livestreaming

The network layer has IPv4 and IPv6

IP, in a nutshell, is like a zip code of a computer in a network
Each sent packet gets a IP-header so the downstream servers know where to send it

The bottom layer of TCP/IP architecture. Deep abyss that even I don't understand well

MAC addresses (medium access control, not to be confused with Apple's Mac, McDonalds' Mc or my nonbinary friend Mack who makes chiptune)
Unlike IP addresses, which identify an address in a network, MAC addresses identify only singular computer and are always static. Two laptops on the same wifi will have the same IP but different MAC addresses
Example: 00:A0:C9:14:C8:29
They are used in non-IP communication of devices, such as a bluetooth link or a 2ifi router-to-device link